Doing the right thing, even when it’s hard

The best leaders have successfully created environments that enable their teams and organisations to access the full range of their capabilities.

High performance happens in the moment, and we celebrate it. But the important stuff takes place away from the spotlight.

These are the conversations between teammates. Those seeking to influence team performance, set the standard by asking:

“Will the person do the right thing by the team, even when it’s hard?”.

In the most successful teams, the members of the team ultimately determine its composition. They do not tolerate behaviours that have the potential to undermine team performance, regardless of the profile (and capability) of their teammate.

In my experience, teams gain their resolve from their shared experiences, the most important being the tough times when individuals falter and team ethos is tested.

This Australian team has gone through so much together. They have been broken and rebuilt. While no one would recommend the path they have taken, and they will forever pay a price, the team somehow seems stronger for the experience.

They had a lot of talking to do.

As the group has come together, they have also won back the faith of the lovers of Australian cricket. 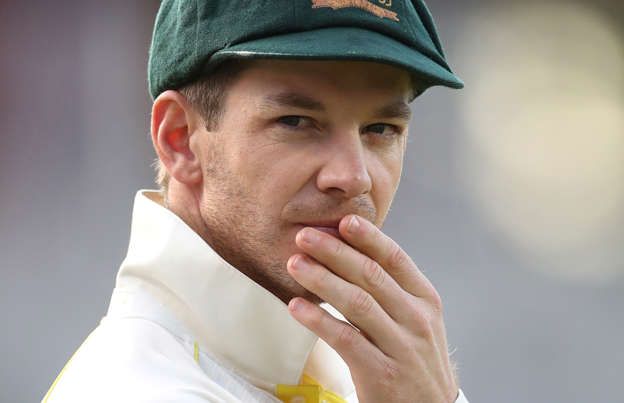 So much kudos must go to the captain, Tim Paine. He also shows the benefit of his hardships. He faced into his sporting mortality a few years ago when an injury cut him down just when he seemed ready to make his mark.

In 2010 he had five operations on a finger, including having bone taken from his wrist and hip and grafted to help the break knit. He has a plate and eight pins holding the finger together, not ideal for a wicketkeeper/batsman.

“It just wouldn’t get better, then when it did, I would start to train again and it would break again,” Paine said last year.

“The fact that the break across the top [of the finger] was quite big, and because I was holding the bat, the bottom had sort of shattered a little bit.”

Paine said overcoming the mental anguish was just as difficult as recovering from the physical damage.

“You only have to look at my numbers in those few years when I came back,” Paine said last year.

“I was battling mentally.

“I was out there thinking I was going to get hit and if I did get hit, that I would never play again.

“It certainly rattled me a lot.

“The first step was actually going to speak to someone about that and be honest about it, that I was really battling.”

Leadership found him when he wasn’t looking. He now has his own chapter of cricket folklore, a narrative and a legacy that he deeply understands and respects.

People often ask what business can learn from sport. More than anything else, it is the capacity to individually and collectively learn from mistakes, to reflect, and to make these learnings the platform for creating a better version of itself.

There is no reason business cannot adopt this mindset, and it starts with the leaders.

How do we go about this?

In all the confusion that accompanies disappointment, I recommend that the leader reflect on the following questions:

Neither of these are possible without asking…

By extension, you will need to ask “What makes me believable?”, and also what do I need to see in my people for me to believe in them, to trust, both their character and their capability?

Australian cricket is fortunate that Tim Paine could answer yes to all three questions, but the answers would not have come easily.

I always enjoy the opportunity to talk all things culture and high-performance, and the development of leaders to achieve it.

Here are three ways to start the ball rolling:

You can also contact me at cameron@designCEO.com.au and let me know how you think we can work together.

More to the game

From time to time to time we will email you with some leadership insights, as well as links to cool stuff that we've come across.

We will treat your information with respect and not take this privilege for granted.

He was a hero to so many people, but he also exposed what a vexed human concept having and being a hero represents.

END_OF_DOCUMENT_TOKEN_TO_BE_REPLACED

I have learned that culture isn’t some form of endowment you receive; it is something you have to work for.

END_OF_DOCUMENT_TOKEN_TO_BE_REPLACED

To profit from the bruises without having to endure the bruising.