The year 2022 represents a personal milestone of sorts.

I started work forty years ago.

I was 18, straight from school. Skipped uni. The 11th of January is a date that has stayed with me forever. Four decades since I arrived way too early for my first day of work at 26 Jolimont Terrace, Jolimont, the terrace house offices of the Melbourne Football Club, in the shadows of MCG, sitting on the steps waiting for the first person to arrive.

I was now officially the Assistant to the Football Manager of the Melbourne Football Club.

My Job Description in those early days was typical of any office junior, but it might as well have read:

“Do anything Ron Barassi asks you to do.”

It might just be the best job description I’ve ever had.

I now realise that each time I sit down to write, I try to make sense of what the last forty years have taught me. These lessons are my ‘so far’ story, but they are also the platform for the ‘not yet’ story still to be told, and by sharing them, they just might help someone trying to make sense of the ambiguity, overwhelm and privilege of leadership.

The learnings from wise people like Ron, books I have read, studying in and with great education institutions and sporting clubs, learning experiences from mistakes I made, as well as the joy that can only come from attempting to do something hard, and watching as it all comes together.

As Hall of Fame coach David Parkin says, “In football, you get ten kicks in the bum for every lick of the ice cream”.

I am now formalising this process, the challenge being to write down 40 lessons from 40 years. I will share these lessons in this forum and others and see where it takes me.

These will come in a number of formats and mediums. Some quick snippets, and others will be long-form essays. I apologise in advance if they are too long, but they build on stories, and in my experience, people forget data but remember stories, and I love a good story.

There will be videos. I recently spent a day in our home in Daylesford with Phil Nitchie recording stories and ideas, not sure how I would use them, but I now know how I will.

So there is the challenge.

A couple of Demon greats, former skippers Hassa Mann, a member of the club’s last Premiership team in 1964, and Ron Barassi, who captained the team, bring the 2021 Premiership Flag onto the MCG as part of the unfurling ceremony. Great men, wonderful moment.

You are never ready.

I also got to see Ron Barassi up close. At the time, he was, and perhaps still is, the most famous person in the history of Australian football, the game that had become my obsession. A walk down any street in Melbourne was accompanied by a chorus of ‘G’day Ron’, and he would acknowledge each person with a nod and a smile, shaking the hands of those who instinctively put their hand out because they felt they knew him, even though they were likely seeing and meeting him for the first time.

He impacted me in many ways, but not in the ways I expected, given the persona I had observed through the media.

I was astounded by his appetite for learning. It was almost intimidating if that is possible. Never satisfied, and always the searcher, but it was more than simply accumulating knowledge. Given that he’d played or coached in ten Premierships in his forty-six years and having been anointed the ‘Super Coach’ by the media, he could be excused for thinking he had the magic formula, ‘the answer’, but I saw none of that.

He was strong of will but low of ego, often misinterpreted and misunderstood; there was too much to take in.

He was a risk-taker, always prepared to challenge the status quo.

He had a big vision for the club and the game, and as much as he respected the folklore of the sport, and his place in it, he was much more interested in the new way, what it can be, rather than what it had been. He maintained this mindset despite the scrutiny that accompanied every move he made, almost oblivious to the noise and fixation that verged on infatuation, enough to deafen or at least distract someone of less mettle and drive.

It was sense-making and application, with courage and fortitude.

It gave him, and us, the feedback that can only come from trying, doing, failing, and iterating, decades before any ideas around Design Thinking were in the corporate conscious. He made mistakes, owned them, shared them, and allowed everyone else to learn from them.

Ron Barassi wasn’t only a devoted searcher of knowledge; he was an avid seeker of wisdom.

He turned knowledge into wisdom. He borrowed freely and applied uniquely. He lived Rolling Stones guitarist Keith Richards’ mantra, “It’s not where you take it from that matters, it is where you take it to”. He was constantly shedding previous versions of himself, and as he changed, the game changed with him.

But all of this made him a very hard person to work with. He was extraordinarily demanding, intimidating, and at times frustrating as those around him struggled with the speed of thinking and expectations. He would become impatient with the frustrations that he created, and his responses were less than measured. He needed people around him to pick up the pieces, and from day one, this was the expectation he had of me, despite my youth and inexperience. It was a baptism of fire, and I struggled to meet the challenge.

Ron saw things in me that I had never seen in myself, helped me see them, and changed the trajectory of my life, for which I am forever grateful.

I wasn’t ready, but one of the most important lessons I would learn, a repeating pattern over the next forty years.

You are never ready.

“Boldness paired with vulnerability is transformative. It introduces the possibility of being wounded, whether emotionally or psychologically, career-wise or financially, while forcing our ambition to plot a path that is neither as comfortable as we might ordinarily choose, nor as irresponsible as the one our ego or partners-in-crime might goad us along.”

John Amaechi from his book “The Promises of Giants” 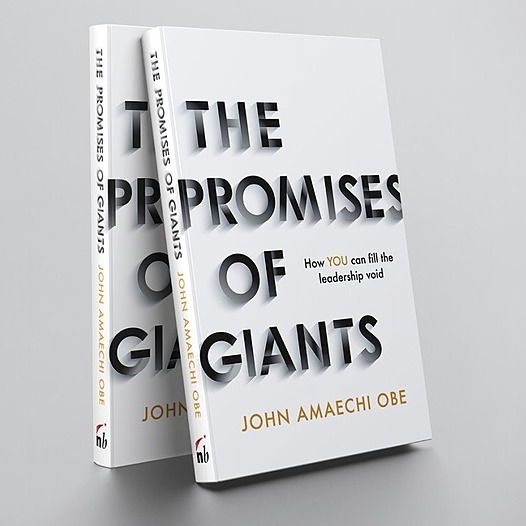 Join me in the challenge.

…and a timeless song lyric:

My apologies for calling on my favourite musical storyteller, but it seems to be in keeping with this challenge.

Bruce Springsteen is someone who seeks to make sense of his lived experience, and shares it with us.

Ben Harper’s version of Bruce’s ‘My Father’s House’ is beautiful.

More to the game

From time to time to time we will email you with some leadership insights, as well as links to cool stuff that we've come across.

We will treat your information with respect and not take this privilege for granted.

Lesson #13 – “The game does not give up its rewards easily”

Good leadership is its own reward when you find it, and it is well worth the journey of discovery.

END_OF_DOCUMENT_TOKEN_TO_BE_REPLACED

Try and make the best mistakes you’ve ever made.

END_OF_DOCUMENT_TOKEN_TO_BE_REPLACED

In these moments, your ‘failure’ is being defined for you and not by you. Now the real work starts.